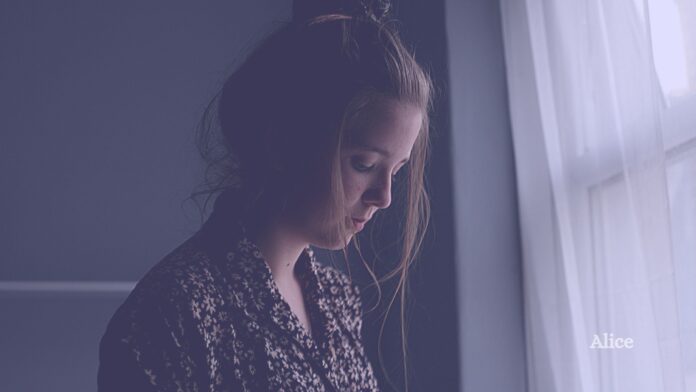 Sam* did not imagine herself living in a house share with three young men at the age of 44, but the cost of rent in London made it a necessity if she was ever going to build up a nest egg.

Unlike her coupled-up friends, Sam, who’s single, couldn’t afford to save while renting a space of her own. She lived in the house share for 11 months, and coped by getting out of the house most weeknights, and working in hospitality at weekends to supplement her writing career.

She managed to save £5,000. But when the pandemic hit, Sam realized she needed to move out for her safety and mental health.

Her housemates – who were all furloughed while she was working from home – were “playing fast and loose” with the Covid guidance and tensions were mounting.

She chose Oxford – “more expensive than other non-London places, but I knew people” – and gave up on her dream of owning a home. She now rents alone, which eats up two-thirds of her salary and leaves little room for social spending.

“I still put £10 – ten pounds! – away a month as a token gesture, but it feels absolutely out of reach now,” she says. “I’ve decided to just be a tenant and enjoy the trees, the cycleway, and my neighborly magpies.”

There are millions of single women in the UK in Sam’s position, or similar. No region in England is affordable to rent privately on women’s median earnings, whereas men, on a median salary, can afford to rent in every region except London.

This means average private rents in England swallow 43% of women’s median earnings, but only 28% of men’s.

“Anything over 30% of income is classed as unaffordable,” explains director Dr. Mary-Ann Stephenson. “The combination of women’s lower pay per hour, and lower working hours, leads to a significant gender earnings gap.”

Nicola Slawson, the founder of The Single Supplement newsletter, says housing is a common concern among the community group she runs. “Many [single women] are stuck in house shares in their 30s and 40s, unable to afford to move out. Others are struggling to save or get out of debt because their rent and bills take so much of their income,” she says. . .

“Lots of them have also struggled to get on the property ladder on one income, especially as house prices keep rising. In the pandemic when people lost their jobs, quite a few reported they had moved back in with families.”

The government’s annual survey of hours and earnings will be released at the end of October and Dr. Stephenson says we may see the gender gap widen further, especially given that women made up the majority of furloughed workers.

Numerous studies have shown that women have taken the biggest financial hit during the pandemic, with disabled women, women of color, and parents most acutely impacted.

Housing for these women was temporarily protected by the evictions ban for rental tenants and the mortgage holiday for homeowners, but these schemes have now finished.

Victoria Benson, chief executive of Gingerbread, the charity for single parents, points out that 90% of single parents are women.

“Many are trapped on low incomes because of a lack of flexible work and childcare responsibilities,” she tells HuffPost UK. “Social housing is in short supply and private rents far outstrip what people can afford.”

Even when women are able to access social housing, they can still face a significant financial burden.

Ayo*, a communications manager from London, signed a lease to become a council house tenant in 2018 when her daughter was just one. However, she was unable to move into the home until 2019, because it was inhospitable.

She describes herself as experiencing “furniture poverty”. The council had given her an empty shell of a home; a concrete box with no floorboards, beds, white goods, or an oven.

The 31-year-old was forced to sleep on a family member’s sofa and live out of a suitcase for a year while she sourced furniture and saved for basic renovations.

“I found furniture in the street that people didn’t want,” she says. “Then I borrowed a shopping trolley from Sainsbury’s to carry back heavy things into the property. I say ‘borrowed’, because I did give it back.”

She asked the council if she could pause the tenancy payments or wait for a furnished property, she says, but was told she was “lucky” to have this opportunity and advised to sleep with a sheet on the floor.

“It was really frustrating, to be honest. It was a lot,” she says. “Because I was working, I wasn’t entitled to any extra support.

I think you get people to like me who fall through the gaps because we earn a certain amount of money and we are working full time.”

Ayo had somewhere to stay and knew a laborer who kindly agreed to be paid in £50 monthly installments for the renovations. But she wonders how other women cope without such connections.

While men make up the majority of rough sleepers, women are more likely to experience homelessness at some point in their life. At the start of 2020, female lone-parent households were the largest household type in temporary accommodation, at 38%.

Single mothers make up two-thirds (67%) of all statutory homeless families with children. And the pandemic has only exacerbated existing problems.

The gender housing gap also exists among home buyers. A number of women got in touch to share their experiences, but were hesitant about being identified as “others have it worse”. That doesn’t mean this gap isn’t worth exposing.

House prices are at an all-time high and the median home in England now costs over 12 times women’s median wages, compared to eight times for men, according to the WBG data.

Buying a home feels increasingly out of reach for women like Bethany*, who currently rents in Devon, where house prices have increased nearly three times the national average in recent months, as city dwellers rush to the country.

The 36-year-old has only recently been able to get a mortgage but has still found herself priced out of the market during bidding wars.

“Basically, you call an estate agent who says they’ve got 10 viewings, so before you know it, it’s ‘best and final offers,’ which will be above what I can afford,” she says. “It’s shit! It’s frustrating, depressing, soul-destroying, and bleak.”

Her landlady is about to sell up, so Bethany fears she’ll have to sign yet another rental contract soon if she can’t find a suitable home to buy.

“I’ve been renting for 16 years,” she says. “I dread to think how much of my money has gone to paying off other people’s mortgages.”

Kerri Watt, a 37-year-old single parent from the New Forest, Hampshire, says buying a home would make her feel more settled, but bills and childcare costs mean saving for a deposit remains “unachievable”.

“I’m tired of having to ask permission if I want to hang a photo or paint a wall or wait years for something to be fixed,” she says.

“And also, the security of having a home would mean so much to me, I’d perhaps feel safer in my older years knowing there was something to leave my child later on.”

Claire*, who’s 45 and lives with her daughter in east London, does have the deposit for a home, but still can’t secure a mortgage.

Several banks have told her they will not include the child maintenance she receives from her ex within her income – or will only include a small percentage of it. It’s absurd, she argues because the maintenance is for her daughter, which should include her housing: “He’s not giving me it for my clothes!”

Disabled single women face even more barriers, as the pool of suitable houses on the market shrinks further still.

More than two-thirds (68%) of local authorities report that developers do not always comply with disabled accessibility requirements, and currently, only 7% of English homes offer “minimal accessibility” features.

Women who have managed to buy homes are also struggling to keep hold of those homes if their circumstances change.

Hana, a 36-year-old HR manager, bought a house with her husband in 2019. But since they separated, the bank won’t put the house in her name, despite the fact that she paid 90% of the deposit and has been managing the mortgage payments by herself for a year.

Her ex has agreed to keep his name on the house for now so she has somewhere to live.
“It’s depressing at 36, a good salary of £55k, that I am still not able to get a mortgage on my own,” says Hana, from London.

“The aim now is to work hard and try to take over the mortgage in the next two/three years, but I have been advised I need to get a £20/30k pay rise.”

Hana is on good terms with her ex, but the WBG report raises concerns for women who are fleeing violent relationships. Prior to the Covid-19 crisis, one in five refugees were already having to turn women away due to lack of capacity, it says.

Women need stable housing for their safety, but the constant hustle for a home is to the detriment of women’s wellbeing and self-worth, says Slawson.

“Lots of the people I speak to say the fact they can’t afford to buy their own property or even rent somewhere comfortable is one of the reasons they feel like they are behind all their friends in relationships who are more likely to live in nice housing,” she says.

“This all adds to the feeling that the world is designed for coupled-up people. People tell me that not having a place of their own makes them feel like they haven’t grown up and started adult life yet. The feeling of financial insecurity and living in temporary housing situations, such as rented house shares, also adds to the stress and mental health concerns.”

So, what do single women need to resolve this situation? Affordable housing, clearly, but also greater acknowledgment of how single life impacts the cost of living.

“I would like to see things like the council tax discount for single occupants reduced to 50% off instead of the 25% off we get now,” says Slawson.

“More acknowledgment that everything – from housing to holidays to Netflix to takeaways – is much more expensive when you don’t have anyone to split the cost with.”

Action – not just talk – to tackle the gender pay gap would also help. The WBG report sets out a list of further recommendations, which includes: prioritizing the building of more social housing, adjusting Local Housing Allowance to better reflect actual rental prices, and increasing the number of women’s refuges.

One thing’s clear. Whether we’re talking about social housing, private rental, or buying a home, it’s hard to find a single woman who’s not concerned about the price of housing.

“It feels like a lot of barriers towards one person just trying to live,” says Ayo. “It shouldn’t be that hard.”

*Some names have been changed and surnames omitted to offer anonymity.

Getting Rid of Belly Fat- Myth vs Reality

Getting Rid of Belly Fat- Myth vs Reality