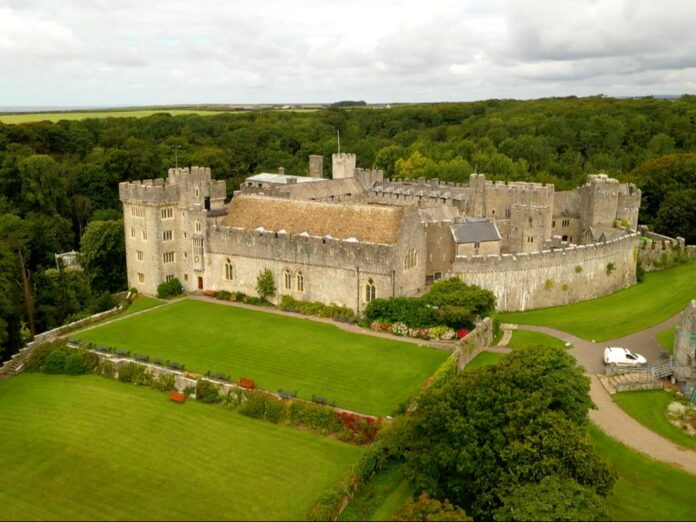 This crumbling Grade-I listed 12th century Medieval Castle in the Vale of Glamorgan is the place where international royals, Californian scenesters and intellectual bohemians choose to send their children to study for their International Baccalaureate Diploma as a sixth form college.

In an article last year, The Times labelled it ‘the Hogwarts for hippies’. A nickname that possibly comes as a result of the free spirits it attracts and the theatrical crenellations of the Medieval building that give the place an air of Harry Potter. The artful location even drew J.M.W. Turner, master British painter, to sketch the partly-ruinous castle.

Louise Callaghan, a journalist at The Times, attended the college and says: ‘This is no normal British boarding school. There are no matrons or cold baths or housemasters. Instead there are vegans and houseparents. The aim, broadly, is world peace.’

Callaghan talks about the diverse array of students: ‘A large proportion of the college’s students are on a full scholarship, funded by benefactors from around the world,’ whereas others are simply ‘enormously privileged’. ‘The thing about Atlantic College is that it forces you to get very used to being around, and getting along with, people who are nothing like you.’

In 1925, the castle – that has been occupied since the Iron Age – was snapped up by William Randolph Hearst, the American newspaper tycoon. The purchase provoked a Telegraph article entitled ‘Hollywood’s hunger for turrets’. The press baron sought a spot fit for he and his mistress’s European vacations with a run of illustrious guests that spanned Winston Churchill to a young John F Kennedy and an elderly George Bernard Shaw, who allegedly said that St Donat’s is ‘what God would have built if he had the money’.

Queen Letizia and King Felipe of Spain’s eldest daughter, Princess Leonor; and King Willem-Alexander and Queen Máxima of The Netherlands’ middle daughter, Princess Alexia, will by no means be the first royals to attend the school as a boarder when they begin this academic year. Princess Elisabeth of Belgium is a recent graduate and alumni include Dutch King Willem-Alexander, now 54, and Crown Princess Raiyah of Jordan, who is clearly very academically driven – now 35, she is studying towards a PhD in the Department of Asian Languages and Cultures at the University of California. In July last year, Princess Raiyah married British journalist Ted Donovan, the grandson of Roald Dahl.

The college opened in 1962, after it was bought by Antonin Besse II and following the death of Hearst, and the idea to turn it into a college drawn from a wide range of nationalities, was the plan of Kurt Hahn (who founded Gordonstoun, Prince Charles’s alma mater). The school is flourishing and its fiftieth anniversary was marked with a visit from Queen Noor of Jordan, the mother of Princess Raiyah.

Her Majesty the Queen is the president of the college – a role previously held by Nelson Mandela until his death – and as the children disperse for summer it morphs into the Beyond the Border Storytelling festival (which was sadly postponed in 2020, moving many of its activities online). The festival is a celebration of international storytellers from Egypt, Italy, Iraq and the Republic of Georgia, to name but a few. During and out of term time, St Donat’s Castle remains a melting pot of nationalities, eccentrics and, as Callaghan best explains, ‘the ethos is, broadly, that people from all over the world can get along if you shove them together in a castle.’