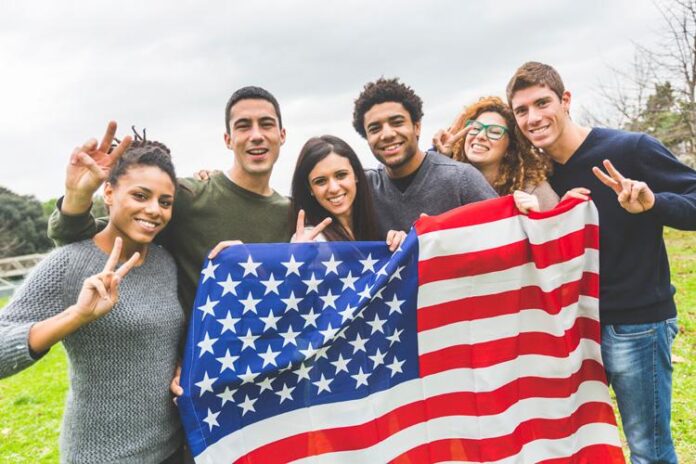 It’s not just Felicity Huffman and the tiger parents of the US who are going to extreme lengths to secure places for their children in a top US university – the fever has well and truly caught on in the UK. Sparkling campuses, top-notch pastoral care and wide-ranging liberal arts degrees, combined with pupils’ desire to be global citizens, are luring leavers across the Atlantic. Thankfully, public schools are doing such a good job of preparing students that no one is having to cheat to secure a highly sought-after place.

Where once the ultimate accolade for a sixth former was an Oxbridge offer, ambitious students are now looking beyond the UK, with a number of schools reporting pupils turning down offers from Oxford or Cambridge in favour of a US university place. This year’s Independent Schools’ Council (ISC) census found that around 1,700 leavers have chosen to study abroad, with nearly half opting for the US, making it the most popular destination, with Canada coming second.

Asking the public schools of the Tatler Schools Guide about the surge in applications to American universities reaped a fascinating response. Almost all of the main public schools report a significant increase in both applications to US universities and pupils accepting places at them. The majority contacted now have at least a quarter of pupils applying to the US and/or Canada, with Brighton College seeing a 10- to 15-fold increase over the past four years.

Schools have been quick to rise to this growing trend and most now offer guidance and preparation for interested students navigating what can be a fiendishly complex process. Sevenoaks, Shrewsbury and Marlborough College have become accredited SAT/ACT testing centres, enabling pupils to complete their entire application ‘in-house’, with Marlborough also offering students 20 hours of tuition and becoming one of the only centres in the UK to accommodate applicants with learning difficulties.

READ ALSO: How to prepare your child for boarding school

St Paul’s School for boys now has a team of eight catering for the ever-increasing interest in US universities. Carol Graham, who leads their department, explains: ‘It’s almost contagious – boys see their friends applying to these exciting places and then think “I want to try that”, or they’re discerning, looking at the courses and thinking “I like liberal arts”, or it may be the sports facilities – they know the campuses are incredible.’ Her team’s job is to counsel boys through every aspect of the complex and laborious US university application process at a time when they will also very likely be sitting A-levels and applying through UCAS (which is blissfully straightforward by comparison).

The good news is that US universities hold the holistic education of British public schools in high esteem, seeking out well-rounded, high-achieving pupils. US universities are now actively marketing in the UK, with most schools hosting teams of visiting admissions tutors. As one former Westminster pupil and graduate of Yale explains: ‘With the US application process, grades and exams may not be the deciding factor; non-academic achievements – such as sports, music, art, community work – are very important. This gives you an opportunity to demonstrate how you excel in areas that aren’t strictly book learning.’

Such all-rounders love the freedom that US courses offer, especially the liberal arts degrees, which enable students to try out a range of different subjects before they major. A number of UK universities, including Bristol, are now offering similar courses, but NYU (New York University) goes a step further by enabling students to study on multiple campuses globally. ‘NYU offered me a freshman year in Paris,’ one London day school pupil says. ‘I had friends who went to Shanghai, London, Ghana, Tel Aviv and Florence.’

According to the ISC, 29,000 international students are privately educated in the UK but schools are reporting that it is no longer just pupils with American connections who are choosing to study there. If a pupil has travelled from Hong Kong to spend their formative years at school in the UK, it is not such a leap for them to continue their education in the US or Canada. Now, UK-born students are also looking to widen their horizons, relishing the global perspective that studying abroad offers. Canada is an attractive choice, especially the University of Toronto and McGill. According to Alex Patton, Head of Sixth Form at Brighton College, ‘McGill is on par with King’s College London in terms of QS World University Ranking.’ The Canadian application process is also much more straightforward and many of their universities are considerably better value financially than their US counterparts.

Many families are put off considering study in the US due to the notoriously prohibitive fees – up to $60,000 annually. However, the increase in tuition fees in the UK has forced parents and pupils to reassess the comparative value of a degree at a British institution – particularly once you consider the accommodation costs and actual contact hours with tutors (some UK degree courses offer a spartan six to nine hours per week). Unlike the UK, US degrees are equally assessed throughout the course, with the freshman (first) year being as important as the final year. As one NYU student explains: ‘Slacking off isn’t something that’s easy to do in the US, and the system doesn’t permit it.’ Factor in the incredible extracurricular and pastoral provisions at US universities and their offer is increasingly appealing.

Parents may apply to American colleges directly for financial aid and there is a plethora of scholarships and awards that come with financial assistance. According to the Fulbright Commission, more than 600 US universities offer international students scholarships worth in excess of $20,000, while 250 have ‘full ride’ (fully funded) scholarships available.

Studying on the other side of the Atlantic from family and friends isn’t for everyone, but as James Yiu, a student of Brighton College who has chosen to attend Columbia University over Cambridge, says: ‘I want to be able to look back in four years’ time and think, “Wow, I really didn’t think I could have got here”, as it means I’ll have tested the limits of my potential.’ A world of opportunity greets the brave, and for school leavers prepared to take the leap and study at an American university, the potential rewards are immeasurable.